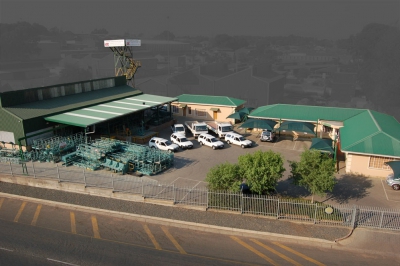 Riggers Steeplejacks (Pty) Ltd is a specialist supplier of suspended access systems to the building / construction industry and is the market leader for permanently installed systems also known as Building Maintenance Units (BMU) in Southern Africa.

The company was incorporated as a proprietary limited company during 1970 and became the South African agent for the Dutch company Lalesse BV of Arnhem which at the time produced a standard range of building maintenance units. In the late- eighties we briefly converted to a Close Corporation (CC) before reverting to a (Pty) Ltd company.

The arrangement with Lalesse lasted for about ten years. Towards the latter part of this relationship it became apparent that the company needed to diversify away from the standard model range offered by our principals due to the evolving needs of the local market.

From the mid-eighties the demand for purpose built solutions began to dominate the market and in the face of stiff competition from British, German, Swiss and other European suppliers our market share grew steadily as we were in a better position to meet the changing needs of the market.

Over the last twenty years we have become the market leader for permanently installed systems in the Republic and have supplied systems throughout Southern Africa, Central Africa, the United Arab Emirates, the United Kingdom, Mauritius, Hong Kong and Brunei.

Some 15 years ago the company entered the temporary / rental market, supplying state-of-the-art temporary suspended platforms and all the ancillary equipment and services required by this demanding and fast moving market. Because it started from scratch, it found itself in the enviable position of having a complete fleet of modern machines and platforms meeting the stringent requirements of the 1990 European design standard without the legacy of out-of-date, non-compliant stock.